Published On Oct 7, 2019
by Sabrina Andreucci 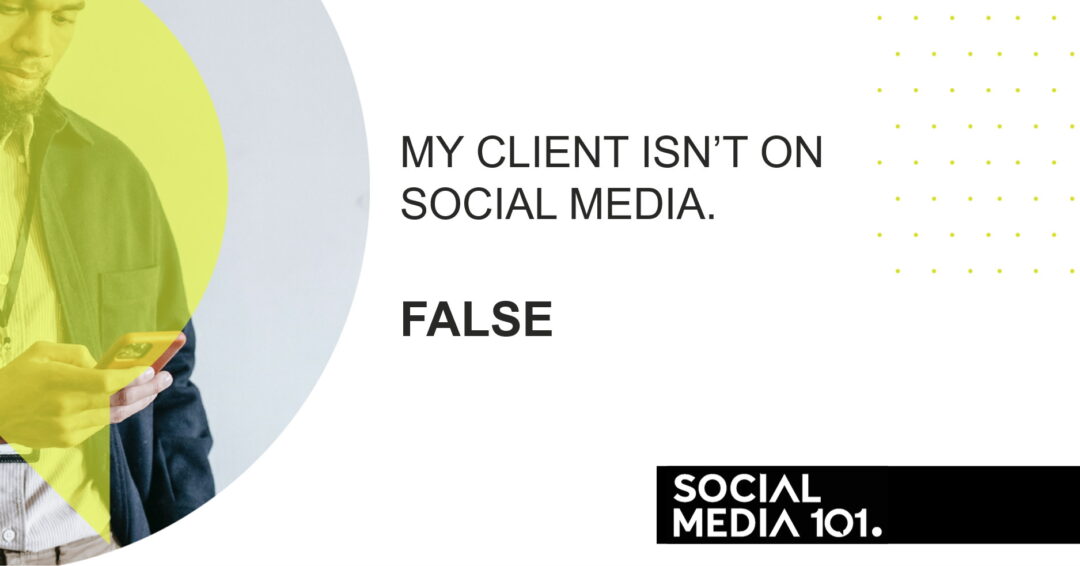 There is a fair chance that that statement is true and that your client isn’t on social media. We agree, social media isn’t always the silver bullet and is not in every case the answer to all marketing woes. We also understand that there is a good portion of the population that aren’t enslaved by their phones, chasing likes and trawling through feeds.

With that said, we also cannot ignore the absolutely stunning statistics that could favour the fact that your client might very well be on social media. Let’s break it down.

Currently, there are 57,82 million South Africans, alive and living in our beautiful country. Of those 57 odd Million people, an impressive 37,49 million of them are active internet users. This means that around 65% of the population trawls the internet to one degree or another.

Furthermore there are currently 19,69 million active social media users in South Africa meaning that approximately one in three people have a social media account and are actively checking back, posting and updating their profiles.

To that point, it is also important to note that currently there are 17,04 million South Africans who are under the age of 14. This is relevant since according to Facebook, users are only legally allowed to have a Facebook profile once they turn 13. We could assume then that roughly a third of our population isn’t on social media since they are too young and therefore giving better odds to your client contributing to the 19 odd Million who are active on social media.

Data can be used to measure statistics and probability of success, however with these numbers in favour of the internet and social media it is fair to say that at least one person per household is actively posting to their Facebook, Twitter, LinkedIn or Instagram account.

If you are interested in talking more on this, feel free to reach out. We would be delighted to hear from you and strategise how we can find your ideal client via social media. Get in touch with Social Media 101 CLICK HERE.