LinkedIn in the South African environment 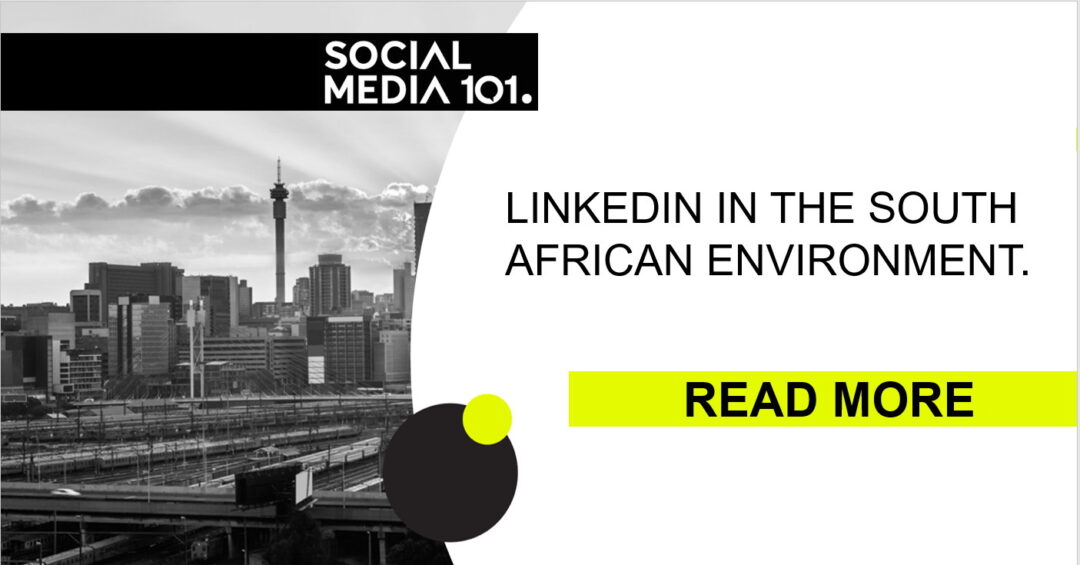 Bobby Darnell, business development consultant said: “Active participation on LinkedIn is the best way to say, ‘Look at me!’ without saying ‘Look at me!” During the LinkedIn Indaba, held earlier this year, we learned just how much of an impact LinkedIn has on the on our South African setting.

From 6 000 sign ups in 2003 to an estimated 575 million active users today, LinkedIn has surely come a long way, although, in some circles, it is still considered the black sheep of social networks.

LinkedIn is a social network with a very specific audience: it has the aim of connecting the world’s professionals to make them more productive, more successful and ultimately more in touch with content and people that can enable the growth they seek.

On a normal day, LinkedIn boasts 15 million jobs, 50 000 skills listed, and 109 billion updates viewed. This is no small impact, considering that LinkedIn is only one of several social media networks currently available. 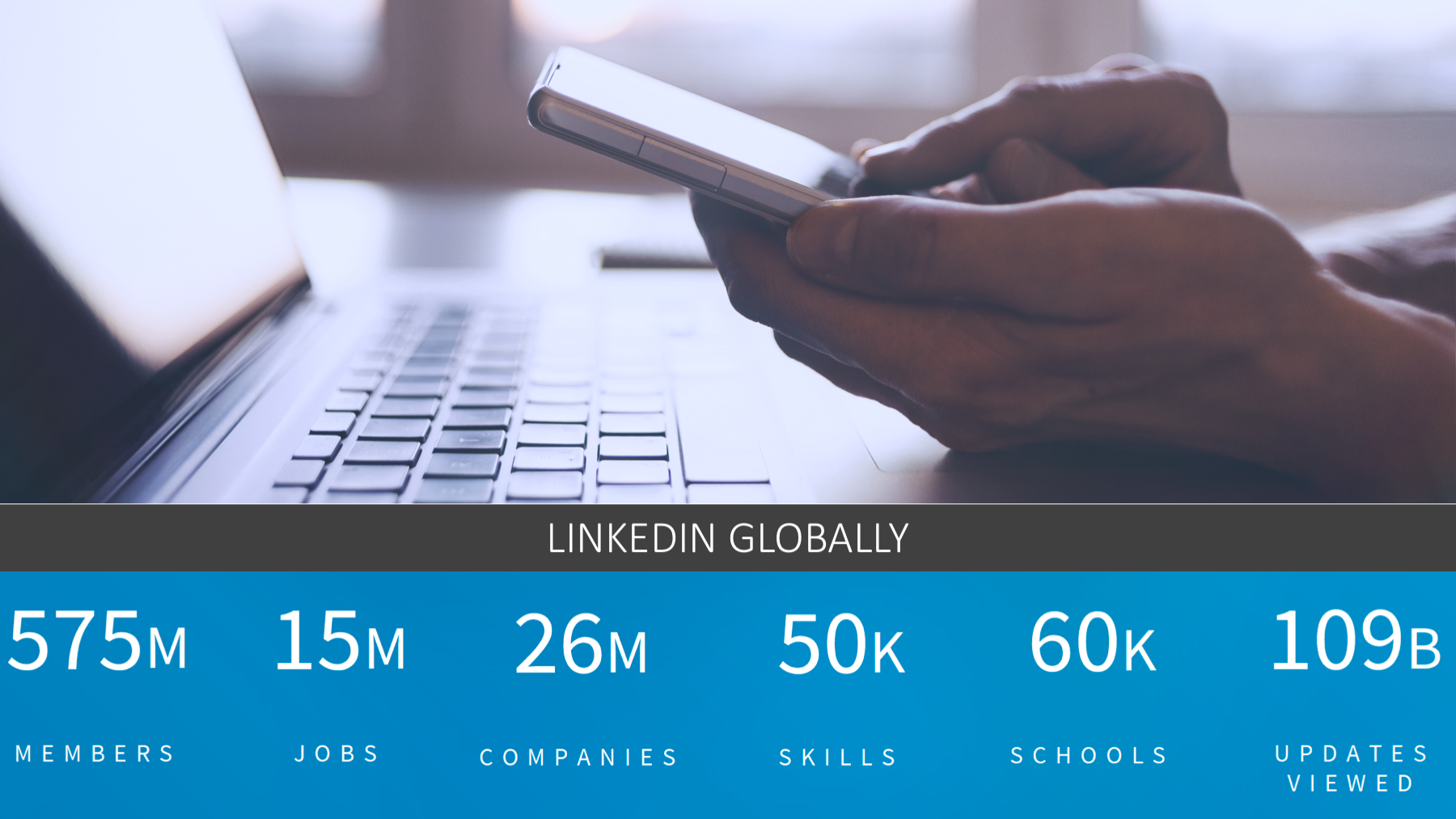 The LinkedIn Indaba was held in Johannesburg in October, and apart from sharing some insights on the platform, our dot on the map was the main focus: how does LinkedIn fair in the South African environment?

As proudly South African as braaivleis, the Cape Wine Lands and the word “eish”, so are Sangomas, known as traditional healers in African cultures. Sangomas are also found on LinkedIn; 85 of them to be exact. Also, 644 Sommelier’s can be found on LinkedIn, in South Africa. A Sommelier is a trained and knowledgeable wine professional: and thus, amongst the magwenja’s, also truly South African.

In South Africa, LinkedIn boasts seven million users, 75 000 jobs and 30 000 companies. There is a world of possibilities, in a country where the unemployment rate has increased from a staggering 37.3% earlier in 2018 to a worse still 37.7%.

In South Africa access to social media is quite literally in the palm of our hands. Just over half of LinkedIn users (55%) access the platform from a desktop computer, with 15% accessing LinkedIn from a mobile phone. While the remaining 30% access the platform through a combination of devices. This points to the type of LinkedIn users in South Africa: most likely professionals, people for whom popping onto LinkedIn isn’t about a quick catching-the-latest-memes-on-the-move, they are active participants in their professional community with an engaging commitment to their job and profession, with the aim of bettering themselves and staying on top of movements happening in their industry. 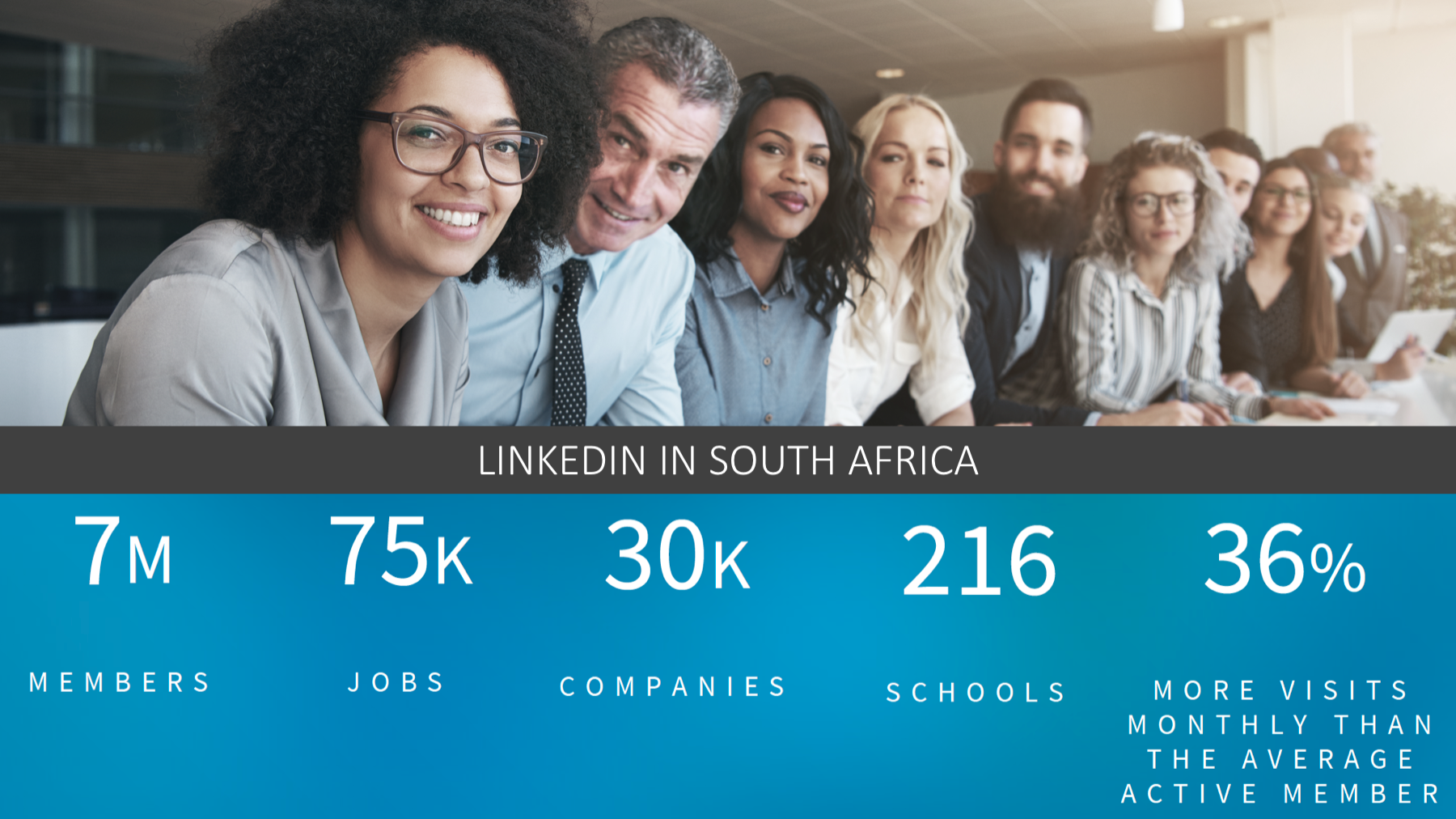 Company sizes in South Africa differ quite extensively, according to LinkedIn with the majority of companies employing over 10 000 people, and the second largest range between 1001 and 5000 employees. The third largest company size comes from companies employing between 11 – 200 people. Although this shows big institutions as the majority employer, it also points to the small businesses that employ people, a welcomed sight and a sign of innovation and entrepreneurial skills in South Africa.

LinkedIn offers a portal, an opportunity, a hope for businesses and individuals to connect, learn, enable themselves and ultimately find like-minded individuals to build futures with, more so in our sunny South Africa.

We have noted some welcomed updates to LinkedIn over the past 8 months, proving this professional platform to be innovative and striving forward in providing value to its users.

Social Media 101 can assist B2B businesses with winning strategies on LinkedIn as well as offer personal branding workshops to assist professionals with their LinkedIn profiles. Contact us to learn more. CLICK HERE to contact Social Media 101.

We use cookies to ensure that we give you the best experience on our website. If you continue to use this site we will assume that you are happy with it.OkCookie Policy